Launched in 1994, RAV4 was a foundational vehicle in the SUV segment and has been a trend-setter ever since. It has led the way in the transition of SUVs from specialty vehicles driven by a few to all-purpose vehicles driven by millions. RAV4 is a long-time market leader in the urban passenger SUV market, and, along with Corolla and Camry, it is one of Toyota’s key volume-selling models.

Now, RAV4 is once again poised to set a major trend in the market: parting with passenger car-style characteristics and returning to exciting SUV fundamentals. Here is how RAV4 has developed over its generations: 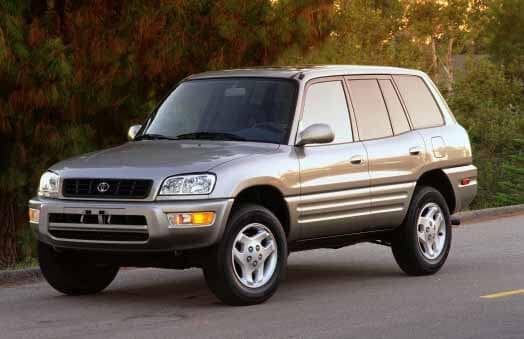 First generation (1994): Introduced to the market as a specialty car that’s fun to drive in both the city and countryside. Its frameless monocoque body was a world’s first for a vehicle of its type. This generation proved that an SUV could rival a passenger car for comfort, changing the segment forever.

Second generation (2001): RAV4 underwent a full model change, becoming a world-class, high-functionality SUV. Cabin space became larger, and utility improved as well. Despite these advances, RAV4 was still a specialty vehicle, and the massive expansion of the global SUV market still lay in the future. Sales crossed the 100,000 units/year milestone in 2002.

Third generation (2006): The three-door model was discontinued and overall vehicle size expanded. With these and other advancements, RAV4 was ready to become a global mega-hit vehicle. Sales would cross the 250,000 units/year milestone within a year.

Fourth generation (2013): The symbolic rear door-mounted spare tire was discontinued, with RAV4 evolving into a more sedan-like SUV. Sales continued to trend upward at a rapid pace, reaching the 500,000 units/year milestone in 2014.

Since its introduction in 1994, RAV4 sales have climbed steadily year after year.

The model has helped to create the global SUV market even while leading the segment in a variety of countries and regions.

In 2017, RAV4 sold approximately 811,000 units in over 180 countries, making it the best-selling SUV in the world. This result made RAV4 the number-two-selling automobile in the world after the Toyota Corolla.

The global SUV segment is expected to continue to grow going forward, and a

utomakers continue to expand their SUV lineups. A concurrent trend is the movement away from SUV characteristics and towards th

ose of passenger cars. Instead of relying on the positive SUV sales trend to grow RAV4 sales, Toyota is going against the grain and making a new commitment to what made people love SUVs in the

first place. Toyota believes that this major shift will differentiate RAV4 from the competition and delight customers with a true SUV experience. 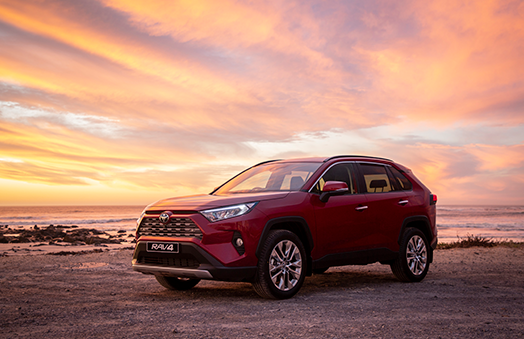 Perfect timing for a major shift

The RAV4 has held a constant market presence since its birth 25 years ago. It has gained a loyal following the world over and is beloved by drivers from over 180 countries. However, the competition has been gradually catching up. In response, we needed to create a new RAV4 ideal for the next generation.

To do so, the first thing we considered was a redefinition of the product value of the RAV4. We addressed the fundamental reason for its being and thought about creating an SUV that can withstand the test of time—one that can last the next 25 years.

It is never easy to create a new concept in such a strictly segmented and increasingly competitive market. We needed to deliver an unprecedented “wow” factor to customers. We needed to inspire people with an exceptional vehicle presence and highlight the benefits of owning it. These are the foundations upon which we developed the fifth-generation RAV4